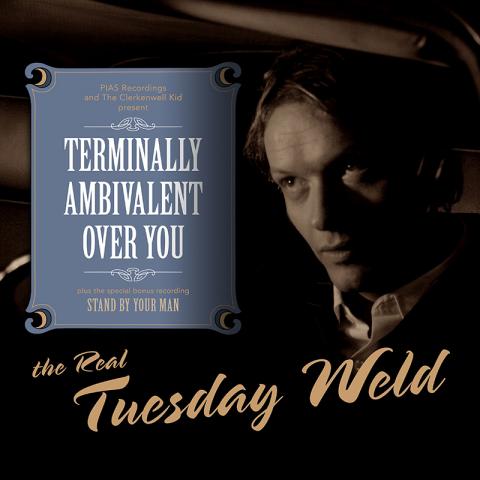 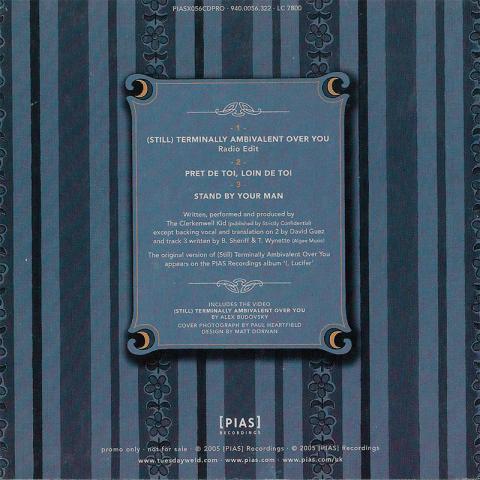 (still) Terminally Ambivalent Over You EP

This limited edition (aren’t they all?) single includes the fantabulous animated video for (Still) Terminally Ambivalent Over You by Alex Budovsky.

“Don’t ever mention ‘commitment’ , Cause I could never say, I do, But mention you’re leaving I’ll be non my knees and pleading I’m terminally ambivalent over you.”

This limited edition (aren’t they all?) single includes the fantabulous animated video for (Still) Terminally Ambivalent Over You by Alex Budovsky. Whilst it was Al’s video for 'Bathtime in Clerkenwell' that made him an international new-kid-on-the block in the animation world, this is the one that he did first.

Stephen got an email out of the blue one day from a Russian guy saying:
“Is it Ok if I make an animation for one of your songs?”.
“Sure” he replied and forgot all about it then three months later this turned up.

The Real Tuesday Weld nearly always finish their shows with it.
David Guez did the translation for the French version – We have no idea what that sounds like to a French girl.
They used to play ‘Stand By Your Man' at shows too. US audiences always loved it, Russians not.