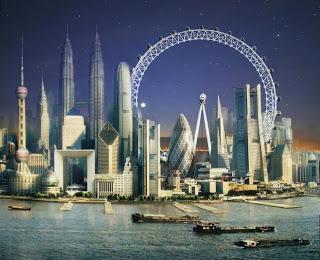 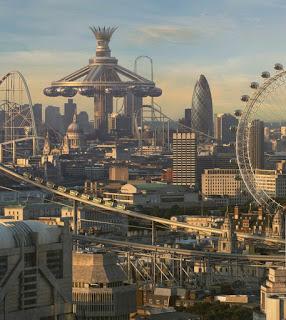 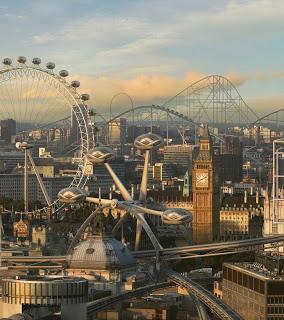 Admission: £4 / £6 by advance ticket only from WEGOTICKETS

What is a city? The Japanese architect Fumihiko Maki once described it as 'a cross section of all the journeys ever taken in it'. We know somethings about London's past and we live in its present but what can we guess or imagine of its future? From bizarre utopian fantasies to drab Soviet-esque five year plans, many attempts have been made to forecast, or design, what London will become.

SALON No 9: LONDON FUTURES brings together Salon alumni Matt Brown of Londonist and London strategist Andrew Collinge to peer into a crystal ball, discuss some of the visions that Londoners have had, and have, for their city and perhaps make one or two predictions of their own..

We shall start with the past by going Back to the Future -  what did the Londoners of yesteryear think the London of tomorrow would look like? From flying cars to sushi bars and the terrifying prospect of women in trousers, Matt Brown editor of Londonist has scoured the archives to uncover and some of the past predictions, fears and imaginary scenarios created by our Victorian and Edwardian London forbears.

Fast forwarding through the years, Matt will describe some fantasies of London in the year 2100.  What will our city look like at the end of this century? Flooded and abandoned? A forest of super-skyscrapers? A verdant realm of trees, parks and hanging gardens? Will it even still be a city or more an international city-state floating free from the rest of UK?

Meanwhile back in the present, London is at a crossroads says Andrew Collinge. It is undergoing unprecedented changes in population, economics, and ideas. To maintain its global position it needs to adapt. To that end the GLA have published a new vision for the capital - London 2020 -  an ambitious plan to make it 'The Greatest City on Earth' with a neo-Victorian surge of investment in transport, a cycling revolution, the education needed to win a share of global growth, new neighbourhoods and vibrant, safe, green centres and streets bustling with life..

Andrew will describe how such a vision is developed and why -and how it might be implemented and he will offer his individual take on the city as it is and how it could be.  Can it be steered or do we just try to manage its autonomous changes? Are visions made for aspiration and or are they intended to be made real?

Matt Brown is the editor of Londonist, London's pre-eminent city guide. An obsessive historian and archivist of the culture of the capital,he has written over 5,000 articles about all aspects of London life. He  hosts regular meetings of the London Historians and a variety of London events in venues including the Royal Institution, the Hunterian, Boxpark, Leicester Square Theatre and the Emirates Stadium.

Andrew Collinge is the assistant director of Intelligence and Analysis at the Greater London Authority . He is an analyst thinker, strategist and one of the principal thinkers behind the - London 2020 - and the London super connected cities proposal.