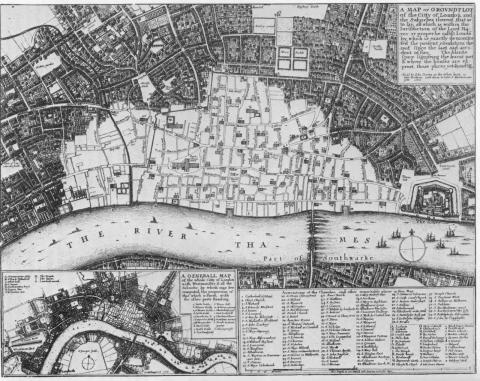 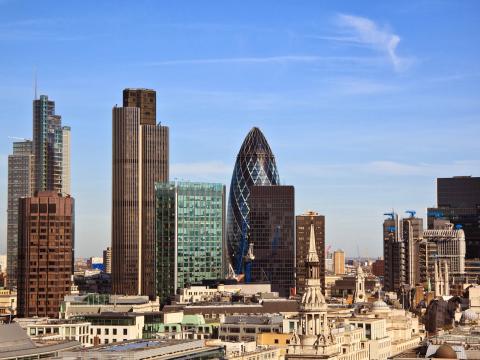 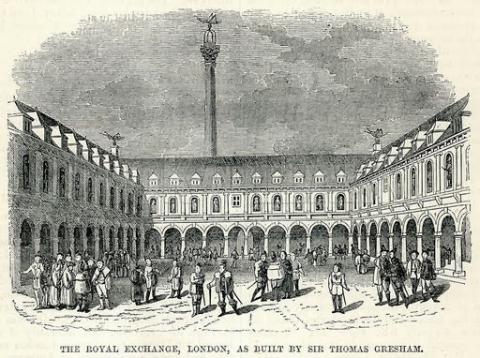 The ancient district known as "The Square Mile" whilst only a small physical part of contemporary London projects a gigantic, international image. But it remains rather mysterious to most who don't work there. Salon No 14: The Myth of 'The City' brings together satirist Russell Taylor and economist Professor Andrew Scott to investigate the contrasts of this most peculiar London combination of history, money and myth - from within and from without.

The City, the financial district of London, built upon the square mile of the original Roman Londinium in time became a sort of English, commercial version of the Roman Vatican as the metropolis developed around it.  Despite having a residential population of less than 7000, it holds city status in its own right with its own cathedral and police force. It is a separate ceremonial county with a worldwide constituency.

Professor Andrew Scott of the London Business School will explain The City's development from its Mediaeval origins into today's global financial hub and the world's greatest foreign exchange market. During a long and distinguished history it has continued to grow, mutate and extend itself both geographically and in terms of influence. But will it continue to do so?

The City is often touted as one of the great British success stories although it has always been dependent on foreign talent and exchange. But is it an essential asset for the UK, the powerhouse of our economy or a global intruder separating London from the rest of the country and the home of avaricious, selfish bankers?

Following the crash of 2008, the bankers seemed briefly to be on the back foot. But it seems business as usual has been resumed and the politicians have left any critique to the satirists.  So we will be joined by Russell Taylor, co-author of the Alex cartoon, whose satire gives a privates glimpse inside this secretive shiny world of high finance.

Russell works with a variety of London insiders to ensure the Alex cartoon reflects the scandals and rumours inside The City.  And he will chart a more recent history - one in which a very English and relatively sedate world of conservative stock brokers was replaced by a global coterie of high octane international financiers.  With them came more visible changes - new iconic buildings such as The Shard and The Gherkin, new potential, new risks and new profound - and comic - opportunities.

Andrew Scott is Professor of Economics and Deputy Dean at London Business School and a Fellow of All Souls Oxford and the Centre for Economic Policy Research.  He has taught at Harvard and Oxford.

Russell Taylor MBE is a British writer, journalist and film music composer. In addition to the Alex cartoons, he has  written books on Russia and marathon running. Alex cartoon was turned into a stage play and is rumoured to be in production as a film.