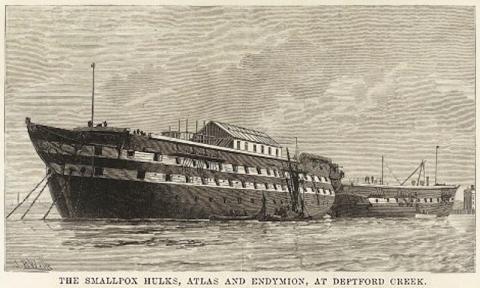 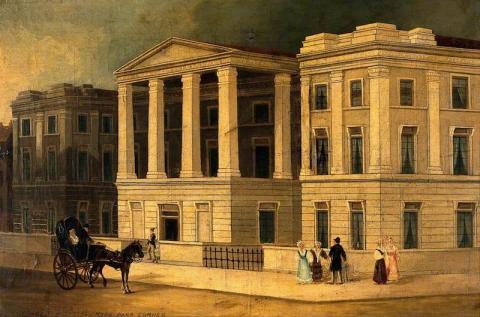 Each ticket includes a medicinal serving of Hendricks Gin

In place of the large complexes we know today, London was once dotted with more than 500 small or specialist hospitals. And out on the water of the downriver Thames, various hulking vessels were moored to provide floating care for quarantined citizens for whom there was no room on land. Join medical historians TOM BOLTON and ROSS MACFARLANE as they examine some of the lost limbs of the body of medical London past.

Hospitals are mysterious, self-contained places, but also central to our lives. They occupy a ritual role as the locations for the most extreme moments of human existence – birth, crises and death – as significant as churches once were. Yet, as buildings, they can be almost invisible, secondary to the functions they perform.  In London more than 500 hospitals have closed, most during the past century. The lost hospitals of London, from the showy high-Victorian complexes to the obscure, specialist hospitals that once dotted the city, retain a shadowy presence in familiar neighbourhoods.  Now converted or demolished, their buildings left clues to their presence, if you know where to look. TOM BOLTON takes us on a walk through a  London streetscape evoking abandoned and converted Victorian hospital sites, peculiar medical buildings reassigned to new uses, and gaps where a presence lingers.

In 1881 a smallpox epidemic began that placed huge strain on London's hospitals.  The Metropolitan Asylums Board (MAB) decided to create more bed space by chartering two defunct wooden warships from the Admiralty; the Atlas, a 91-gun man-of war built in 1860  for acute cases, and the Endymion, a 50-gun frigate built in 1865, for use as the administration offices and stores.  They were moored off Deptford Creek in Greenwich, near where another older hospital ship Dreadnought had been sited.  Climb aboard these and other medical vessels with ROSS MACFARLANE as he sets sail on a voyage across one of the stranger  histories of the sea sick city.

Dr TOM BOLTON is a researcher, and the author of four books, including ‘Low Country: Brexit on the Essex Coast’ and ‘Vanished City: London’s Lost Neighbourhoods’. His work has been published in the Guardian, the Daily Telegraph and Londonist.

ROSS MACFARLANE is Research Engagement Officer at the Wellcome Library. He has researched, lectured and written on such topics as the history of early recorded sound, freak shows and notions of urban folklore in Edwardian London. He has led guided walks around London on the occult past of Bloomsbury and on the intersection of medicine, science and trade in Greenwich and Deptford.