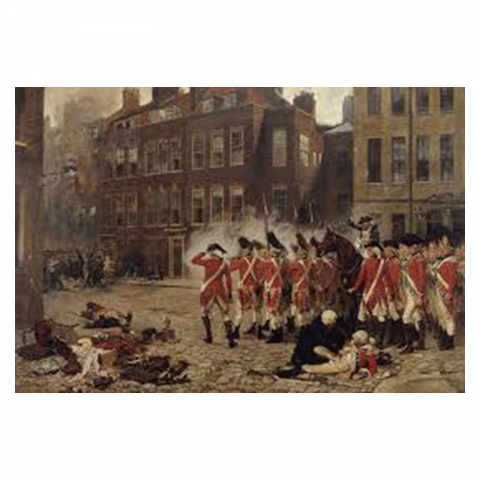 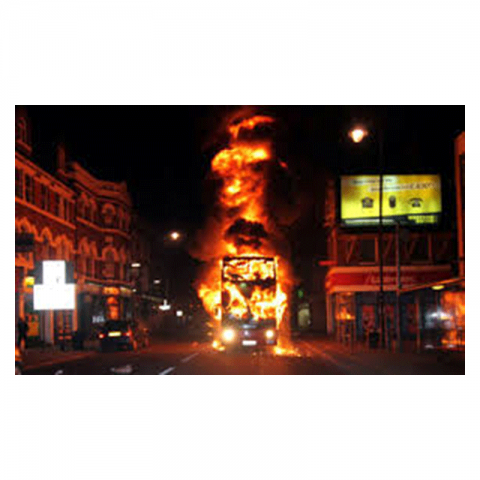 SALON NO. 42: VIOLENT LONDON
I predict a riot

Each ticket includes a 'molotov' cocktail with Hendricks Gin

Historians TIM HITCHCOCK and CLIVE BLOOM take up cudgels and protective headgear to wade out onto the streets of a city in conflict. The capital has periodically been the arena for all sorts of political agitation, violent protest, outbreaks of mob passion, civil unrest and general destruction. Will it be so again?

In June 1780, London witnessed the brutal Gordon Riots.  Almost three hundred people died, the city's prisons were destroyed, and the Bank of England came under sustained attack.  The Riots form the most serious assault on the British state since the 17th century, and mark a moment when an old style of politics was changed forever.  Neither the 'mob', nor the patrician classes would ever be fully trusted again.  Driven in part by exophobia and bigotry, and more significantly by the breakdown in trust between an established political class and a wider populace, the Riots both reflect their moment, and speak to modern issues of political engagement and disillusion. Writer and Historian TIM HITCHCOCK  will take us to witness one of the most significant events in London's history of violence.

Fast forwarding through time, best selling writer and historian CLIVE BLOOM  investigates some of the twentieth century riots that have scarred - or stirred - the city. What were the  urges behind the Brixton riots of the 1980s and 1990s, the Tottenham and London wide riots of 2011 or even the G20 protests and the occupy movements? Were they a symptom of genuine political unrest and social breakdown or wanton opportunistic eruptions of irrational yobbery and looting?  How do they correspond to or contrast with the riots of history? And what next? As major financial and demographic changes may be coming to the capital, will we face further scenes of fire and frenzy?

TIM HITCHCOCK is Professor of Digital History at the University of Sussex.  With Robert Shoemaker and others, he is responsible for a series of websites giving direct and searchable access to a series of major collections of primary sources reflecting the social history of Britain, including: The Old Bailey Online,  London Lives, Connected Histories, and Locating London’s Past.

CLIVE BLOOM is Emeritus Professor of English and American Studies at Middlesex University, a best-selling author, feature writer for The Financial Times, The Times, The Guardian, The independent, The Irish Times and the London Evening Standard and regularly appears on television and radio. His books include Restless Revolutionaries, Violent London: 2000 Years of Riots, Rebels and Revolts, Bestsellers: Popular Fiction Since 1900, Terror Within: The Dream of a British Republic, Cult Fiction: Popular Reading and Pulp Theory; and Gothic Horror.

SALON FOR THE CITY is an ANTIQUE BEAT production.