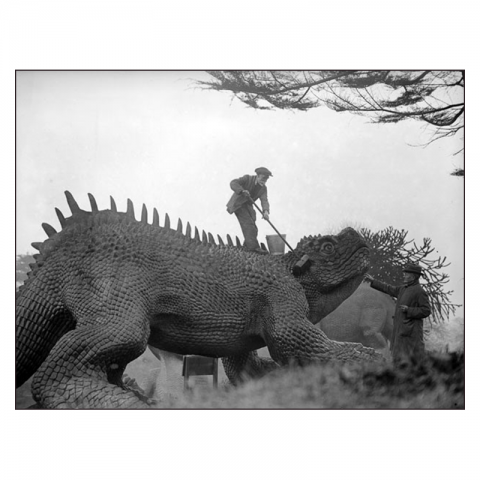 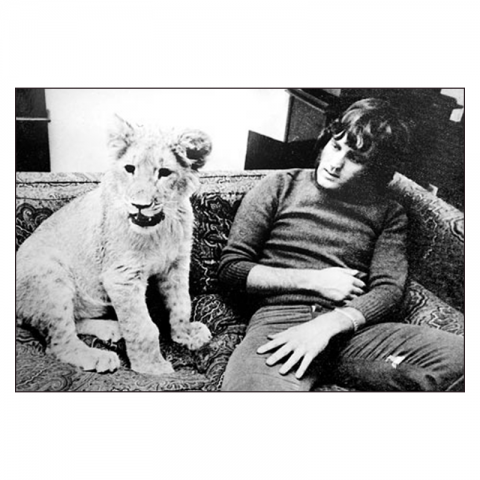 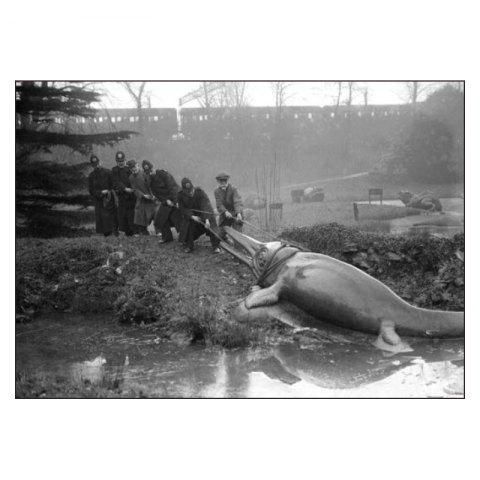 Each ticket includes a mammoth serving of Hendricks Gin Punch

Despite the strange wildlife on show in Leicester Square of a Saturday night, London is definitely tamer than it was. Two Big Beasts of London Arcana,Matt Brown and Chris Roberts, show why as they don pith helmets and lead us on a strange safari in hunt of some of the exotic and terrifying creatures that have roamed our city.

A safari-track for the city will be provided by The Clerkenwell Kid.

A wolf in Cheapside, a hippo in Trafalgar Square and a wooly mammoth in Canary Wharf? No, it's not some immersive arts project, but a glimpse into the prehistoric life that once inhabited the capital. Urban explorer and author Matt Brown ofLondonist maps out the ancient terrain of London-before-London as he peers through the undergrowth of history to reveal some of the unlikely and alarming creatures that once stalked the banks of the Thames.

Meanwhile, author and archivist Chris Roberts, the Johnny Morris of London lore, will be shuffling his  animal cards in preparation for a game of 'beastly brag' with the Salon audience.
Audience members randomly select cards from a deck. Each card has a different animal on it and will trigger Chris to speak about that beast and their connection to London past. Expect tales of lost zoos, forgotten menageries, rats, elephants, camels and, of course, pigeons as weevoke the spirit of Kipling's "A River's Tale":
"I remember the bat-winged lizard-birds,
The Age of Ice and the mammoth herds,
And the giant tigers that stalked them down
Through Regent's Park into Camden Town.
And I remember like yesterday
The earliest Cockney who came my way,
When he pushed through the forest that lined the Strand,
With paint on his face and a club in his hand.
He was death to feather and fin and fur,
He trapped my beavers at Westminster.
He netted my salmon, he hunted my deer,
He killed my herons off Lambeth Pier"

Matt Brown is a writer and the editor at large of Londonist, London's pre-eminent city guide. An obsessive historian and archivist of the culture of the capital,he has written over 5,000 articles about all aspects of London life. He  hosts regular meetings of the London Historians and a variety of London events in venues including the Royal Institution, the Hunterian, Boxpark, Leicester Square Theatre and the Emirates Stadium. His latest book is "Everything you know about London is Wrong"

Chris Roberts is founder and editor of the 21st Century London penny dreadful "One Eye Grey".  In addition to hi seminal book on London's Bridges, "Cross River Traffic", he has written "Heavy words, Lightly Thrown" on the history of nursery rhymes and "Football and Voodoo" on soccer and superstition. He writes for Londonist and leads London's acclaimed "Liars' Walking Tours"