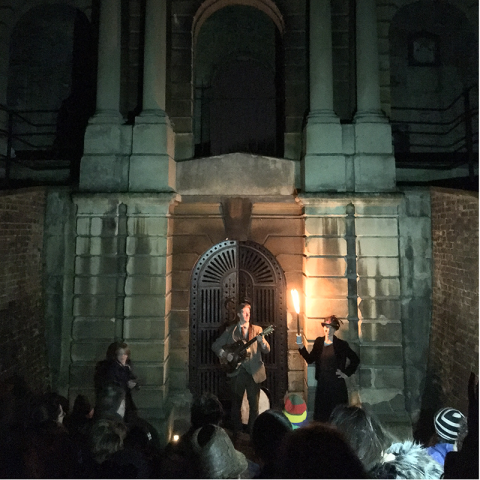 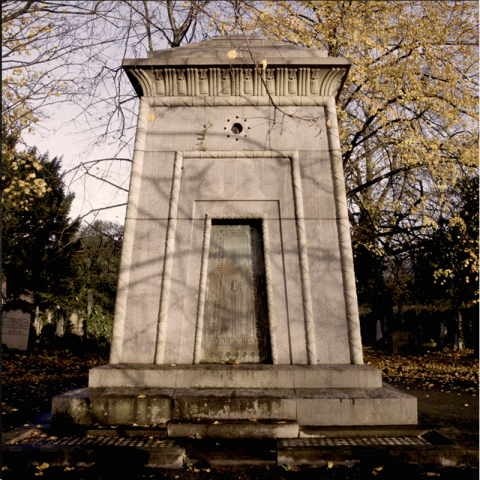 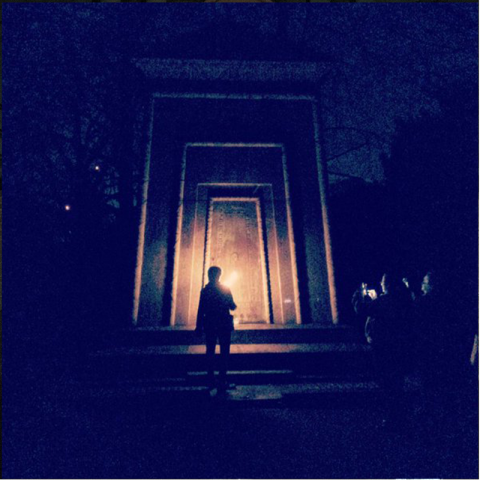 Travel through time and space with London’s foremost immersive storytellers London Dreamtime behind the closed gates of Brompton Cemetery at night.

Dress up warm and bring a candle in a jar, the cemetery is very dark!

The legend that the Courtoy Mausoleum in the cemetery is much more than it seems has been growing for several years. Firstly rumours began to circulate that it is in fact a time machine and more recently the 'psychic researches' of Stephen Coates have described its occult creators and use as part of 'the London Teleportation network’

London Dreamtime are creators of magical, site-specific, immersive story and folklore based events - often in secret and unusual London locations. After December’s sell-out performance, we have arranged another extraordinary out of hours access to one of London's most magical cemeteries to hear them tell tales of magic, time travel, and the empty tomb of Hannah Courtoy and her daughters.