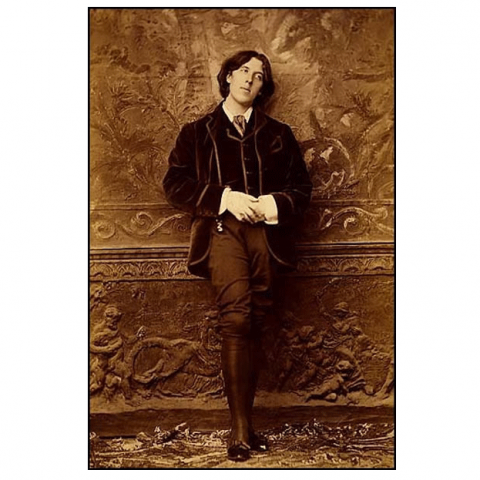 Wilde was a regular at the Café Royal, then at the height of its fin de siècle eminence, and often dined there with his lover Lord Alfred “Bosie” Douglas. It was here in 1895 that Wilde took his fateful decision to prosecute Bosie’s father, the Marquis of Queensberry for libel, launching a legal process that ultimately led to Wilde’s own conviction for gross indecency and his imprisonment, ruin and premature death.

Tickets £20 including a glass of prosecco. Please click here to buy.

Oscar Wilde is one of those unusual writers who is better remembered for his personality, image and private life than his actual written work. Though he was a poet, novelist, essayist and journalist, he saw himself primarily as a dramatist, saying “I regard the theatre as the greatest of all art forms, the most immediate way in which a human being can share with another the sense of what it is to be a human being.”

As a playwright he can be placed firmly in the line of the great Irish comedy dramatists such as Sheridan and Goldsmith. His four society plays from the 1890s, beginning with “Lady Windermere’s Fan” may appear to be lightweight comedies of manners, yet the subtitle of “The Importance of Being Earnest” - "A Trivial Comedy for Serious People" - hints at the more universal themes that underlie it.