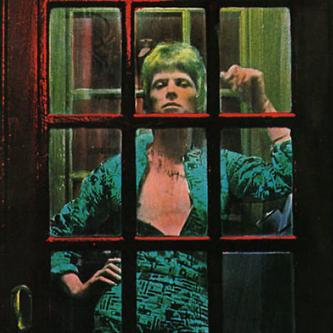 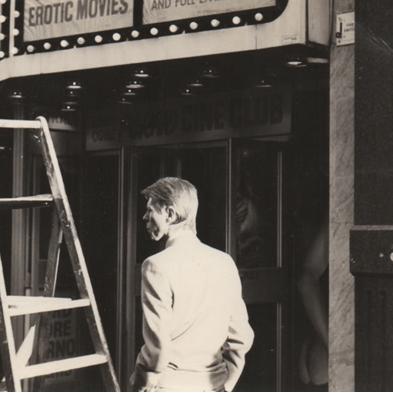 The career of David Bowie has been one of the most colourful and intriguing in modern rock history. From his first appearance as balladeer Davy Jones in the 60s to his spectacular gender-bending debut in the 70s as Ziggy Stardust, Bowie’s career spanned nearly fifty years and has been cited as a major influence on contemporary artists and designers.

In this talk, Geoffrey Marsh, curator of the recent blockbuster David Bowie exhibition at the Victoria and Albert Museum, uses the map of Soho to chart his rise to fame.

In this talk, Geoffrey Marsh, curator of the recent blockbuster David Bowie exhibition at the Victoria and Albert Museum, uses the map of Soho to chart his rise to fame. Following his footsteps from his early gigs at the Marquee Club on Wardour Street to recording Space Oddity and Ziggy Stardust at Trident Studios on St Anne’s Court, Marsh will focus on Bowie’s early years in Soho and describe how this most unique and chameleon like of characters emerged out of the culture of the district.
Geoffrey Marsh.

Geoffrey Marsh is director of the Theatre and Performance department at the Victoria and Albert Museum. He started his career at the Museum of London and later became Project Director for the Imperial War Museum North in Manchester before moving on to the V&A. He is best known for his exhibitions and is celebrated as the man behind the blockbuster David Bowie Is exhibition The show pre-sold a total of 47,000 tickets, a record for the museum and featured more than 300 objects from Bowie’s 50 years as a musician. A film of the exhibition, 'David Bowie is Happening Now', directed by Hamish Hamilton, was released in the UK on 13 August 2013.