In 2011, Stephen Coates of the band The Real Tuesday Weld found himself sheltering from the cold in a cafe in Moscow with a friend. Fascinated by the music that was playing, he asked the waitress and was told ‘it was something from the old times'. It turned out to be the soundtrack for the Sixties cult Soviet film 'Goodbye Boys' composed by Mikael Tariverdiev.

Compiled by his wife Vera Tariverdieva together with Stephen (in association with his publishing company Antique Beat), ‘Film Music’ includes a selection of the composer’s greatest tracks, including many previously unreleased versions. All were made with new transfers from original tapes and his own reel-to-reel machine. They are thematically programmed around Vera’s intimate knowledge of her husband’s music. It is with her blessing and dedication to see his legacy live on that we are able to bring his music to new audiences. 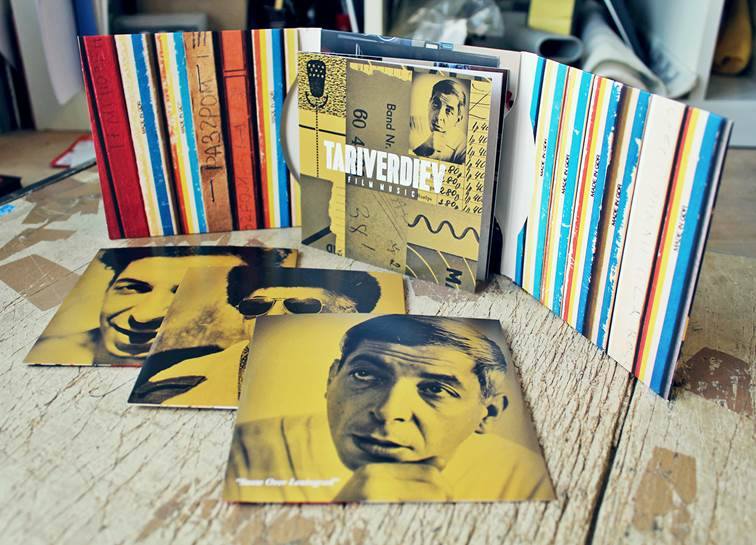 ‘Film Music’ unveils the extraordinary life of an unusual composer who was acutely aware of the political environment although it was not central to his work. The 3LP boxset is beautifully packaged within hard outer slipcase and comes with a 24 page booklet bursting with unseen documents and materials from the Tariverdiev home. The rare photographs come from Mikael’s personal collection including stills from the film sets he was working on, his and Vera’s apartment and images of his studio images.

Images by Paul Heartfield
Released by Earth on 20 November 2015